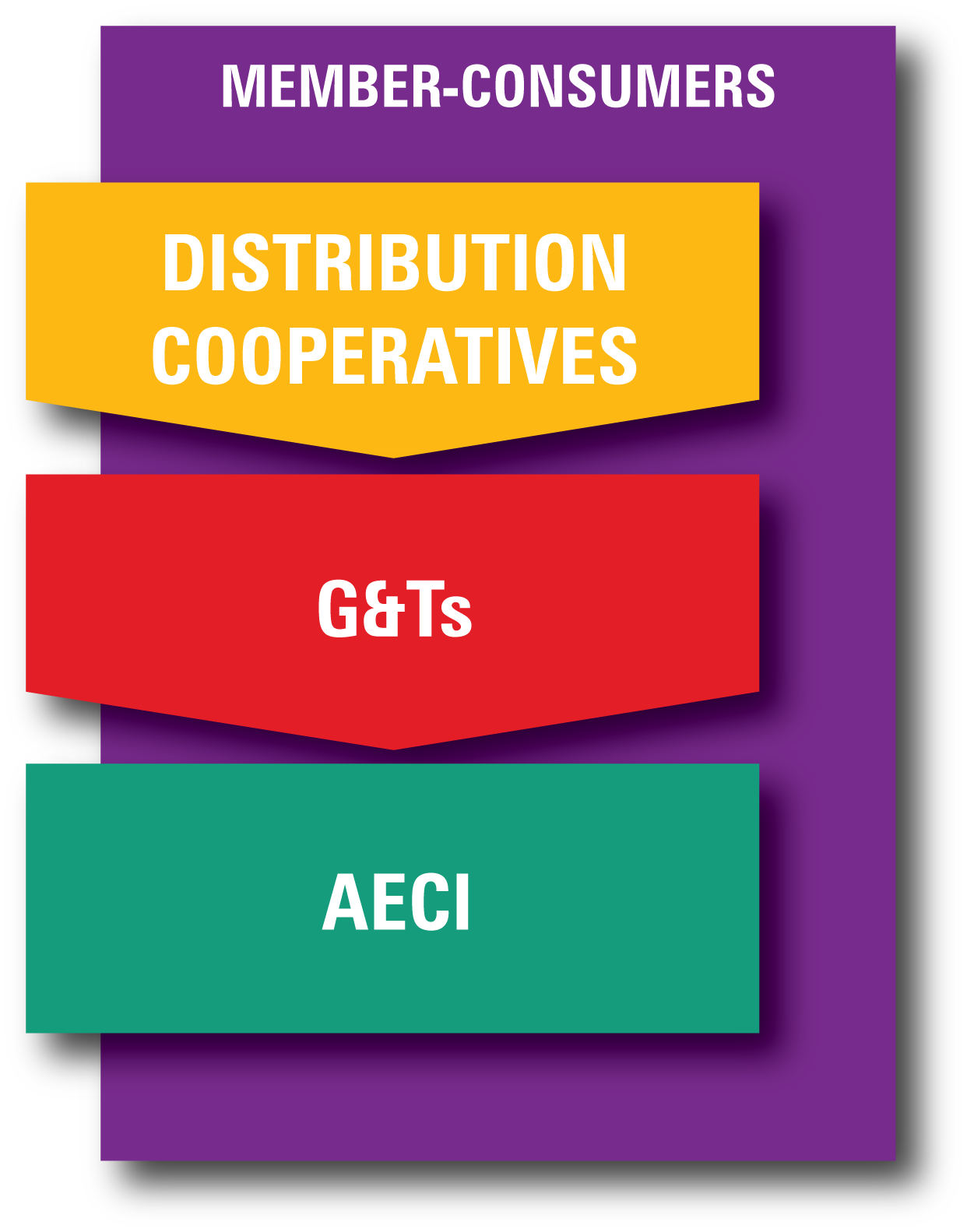 The second level of the system is the regional cooperatives that transmit power from Associated to the 51 distribution cooperatives. These organizations are known as generation and transmission cooperatives (G&Ts), and they serve six geographical areas of Missouri, southern Iowa, and northeast Oklahoma. KAMO Power in Vinita, Oklahoma, is the G&T for Lake Region Electric Cooperative. G&Ts work on a regional level as construction agents and also own and maintain all electrical systems above 161-kilovolt.

In 1961 the six G&Ts joined to form the third tier of the system. Associated Electric Cooperative Inc. Associated was subsequently given the responsibilities for generation and power procurement, leaving transmission as the primary responsibility of the G&Ts.

In order to provide for the ever-growing demand on the system for wholesale electricity, Associated has built a flexible mix of resources, including thermal generation facilities, hydropower access, and interconnections with neighboring utilities. In addition to its generation and power purchasing responsibilities, Associated also provides its member systems with economic services related to such business needs as insurance, marketing, economic development, environmental protection, and labor relations.

(Get Adobe Acrobat Reader to view the pdf above.)

Please complete this form to continue.